RECENTLY a friend and fellow artist told me about a new website and movement called NoLabels.org. In the United States the level of political discourse has eroded to the point where meaningful conversation is almost impossible. This new organization attempts to solve that debilitating problem. Unfortunately divisiveness is not isolated to the topic of politics. 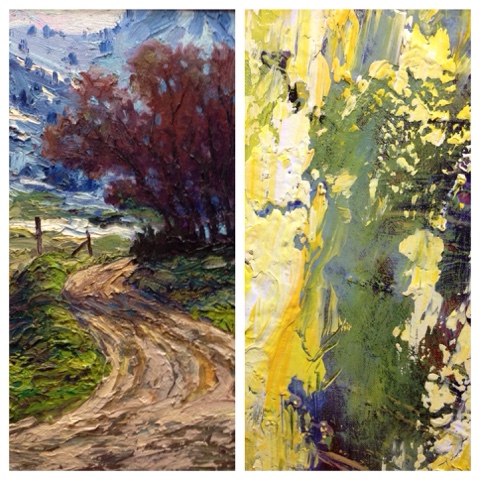 It might be Internet culture, a phase we're going through made worse by anonymous internet communication. But for one reason or another when we communicate there is now more division and less harmony. In the arts it seems the division between abstraction and realism is as wide as ever. I see no need for such disharmony.

A friend and fellow artist and I visited a museum in Dallas, Texas. He was an ardent anti-abstractionist and when we entered the abstract section he pointed out the inhumanity of many of the paintings. One of the paintings was a large, black square that looked like a layer of asphalt had been laid over a female form. My response was that, in addition to inducing a general negative emotion, it was also anti-woman. I directed attention to other paintings that had no negative agenda.  My point was that although some of the paintings were repellently negative that did not mean that all the paintings were of a negative nature. Even in a gallery curated by a small number of people there was no evidence that all abstract painters ascribe to a single world view.

I was in Scottsdale on another visit when it occurred to me that I didn't like about 80% of the art in the galleries regardless of whether the art was abstract or realist. Both genres could be expressed in ways I did not like.

We also learn that realist art and abstract art can both be done poorly and we have a right to reject art that does not meet our personal criteria. We should not use the bad art of a genre to condemn the good.